Exhibition "POWER" in the art-gallery "Moon"

August 14 in the art gallery "Luna" opened the exhibition "POWER". I present on it my new painting "ICHTHYS" canvas, oil 90x160cm 2018.
ICHTHYS (al-Greek Ίχθύς - fish) is an ancient acronym of the name of Jesus Christ, consisting of the initial letters of the words: Jesous Christos Theou Yios Soter - Jesus Christ the Son of God the Savior. There are many images of Pisces, which archaeologists discovered during the excavation of early Christian monuments. But not only the name of Christ associated with the symbol of the Fish - followers of Christ themselves called themselves "fish" ("pisciculi"), and the font for baptism became rather like a fish cage ("piscina") quite early. Not surprisingly, the fishermen were among the first disciples of Christ and became "fishers of men."
The image of the cosmic epoch of Pisces was clearly manifested in the evangelical myth about the miracle that Christ performed, feeding a huge number of people with two fish. This image symbolized the future of the widest distribution of Christianity. St. Pietro Damiani draws a parallel between monks and fish, since "all godly people are nothing but fish that jump on the Great Fisherman's net." Indeed, Christ - ICHTHYS - "man catcher", but in a symbolic sense it was interpreted as both a fishing hook and a bait on the fishing rod of God, with the help of which the Leviathan, symbolizing death and destruction, is caught.
Two fish, floating in opposite directions, becoming a symbol of the Christian religion, were interpreted by early Christians as two opposite images, one symbolizing life and the other symbolizing death. The fish, floating up to the source against the current, symbolizes Christ and the evolutionary path of his followers. Fish floating downstream is a symbol of the enemy of God, a symbol of the Antichrist. In his study of the historical significance of the symbol of fish, Jung categorically asserts: "In astrological interpretation, we must emphasize the actual identification of Christ with only one fish, while the role of the second is assigned to the Antichrist."
In my work I basically did not want to give explanations and any keys to understanding. Everyone is free to decide for himself who is ICHTHYS, because, depending on this, the meaning changes to the exact opposite ... 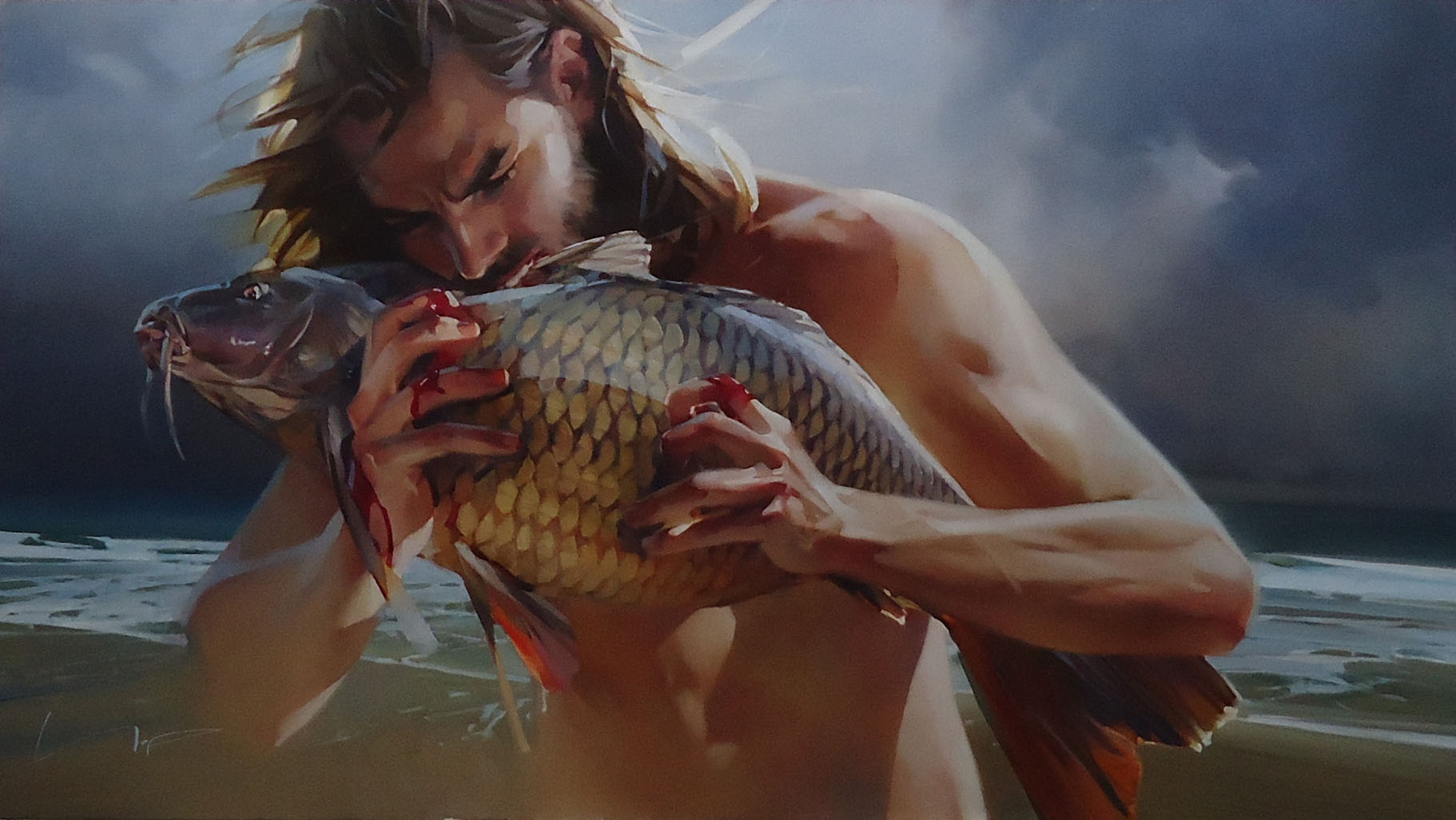